George Michael and me 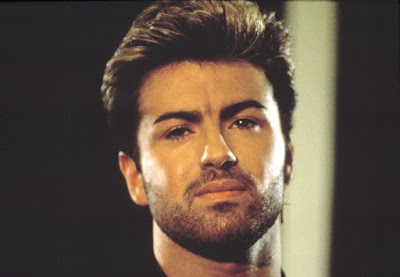 A couple of months ago, my friend Karen and I were at work and discussing David Bowie’s death and how it still felt surreal and wrong. She discussed how Bowie’s music had punctuated parts of her formative years and how her – now adult - children had discovered his music through her as they were growing up. They’d shed a fair few years since January too. I nodded in agreement: Bowie’s music was always there as I grew up. I’d texted my best friend in Australia when I heard the news, as I’d shared so much of his music with her when we were teens especially. But, I’d said to Karen at the time, the real killer for me would be George Michael. Not as iconic maybe; the music not maybe cool or edgy enough for most. But, man… if he goes, I said.

And so here we are. It’s not hard to say why I’m so upset; there are lots of reasons that adequately explain my emotional state, but mostly, like a lot of people, I feel I've lost someone I know.

My relationship with George started with me thinking I was going to marry him when I first saw him on Top of the Pops. Wham! were a bouncy, bright revelation. They made me want to dance and snog boys’ faces off. I’ve heard their first single Wham Rap! being described over the past few days as a bit of a flop. I guess I’ve never been part of the zeitgeist then, because I rushed out and bought the 12 inch. Ditto Young Guns. And Bad Boys. By then my friends at school had cottoned on and we choreographed our moves to each new single on the tennis courts during our PE lessons (this was the 80s – the PE teachers were in their office for the whole hour or coaching the girls with an interest in trying and/or sporting talent, leaving us to the important stuff – thank God).

Imagine then my delight when on our family holiday to Weston-super-Mare in 1983 we were introduced to an outdoor swimming pool complex, newly christened the Tropicana (later the site of Banksy’s Dismaland – what goes around…). I allowed myself to actually imagine it had been named in conjunction with *the* Club Tropicana. In these far-from-salubrious surrounding, even though the drinks were definitely not free, I felt a sense of glamour.

You can see why…

The release of genius slowie Careless Whisper coincided with my release from school, and that summer it was the soundtrack to the failure of the majority of my O’ levels, a camping trip with my friends and the elaborate disguising of a gigantic love-bite on my return home.

I had buggered up my chances of staying on at the grammar school to do A’ levels and so went off to Tech for re-takes when George and I parted company for a little while. I felt the need to get grungy, punky and belligerent while George and Andrew were still on their upbeat pop campaign. I never deserted George completely, though. How could I? He was like the friend from school that I met up with when I wanted to reminisce about simpler times: tennis courts, scratching boys’ names into wooden desks and sneaking my dad’s apple wine out of the garage and into house parties.

Over the next few years I managed to salvage my education, got some more O’ levels, a handful of A’ levels and headed off up north for my degree. I met my future husband, moved back home with him in tow, got married, did a PGCE and got my first teaching job. I hear George did OK during this period too. Yay us.

George and I only really got back together seriously a few years later though, when my marriage broke up. I was utterly heartbroken after the split. I felt bleak, lonely and desperate. I didn't want to burden my dad who was widowed, even though he tried to help me. I clung onto my friends but also knew that they had their own lives to get on with; some also had babies at this point too and despite their kind offers of company, ears and shoulders I eventually had to stop being the big, attention-seeking cuckoo in their nests. I needed to try to manage on my own and the only way I was able to get over the grief of the break-up was with George’s help.

Ladies and Gentlemen, George Michael’s greatest hits compilation was released in December 1998, two months after my husband left me. I bought it on a whim. I hadn’t bought most of the solo albums George had released in the years after Wham! even though I’d always enjoyed the music, so I bought this double CD with the ballads on one disc (For the Heart) and dance tunes on the second (For the Feet).  I thought the familiarity of his voice and the memories he stirred up would be comforting. I knew my ex would never have bought this album either: his tastes were far-removed from George Michael, and that suited me just fine. I wanted something just for me, that I could indulge myself with and it turned out to be by far the best decision I could have made at the time.

Grief is a strange thing, especially the grief that comes from a broken heart. Grief after a bereavement is devastating and different to any other. That pain comes from love and having that loved one out of your reach, and it stays with you forever but - eventually – it dulls and can even be comforting too. But the feeling of a love rejected is hot and shameful, no matter what you are told by your friends and family. The good thing is that it subsides in the majority of cases; it fades into an insignificance if you allow yourself to recover and move on. But, God, it hurts. Grown-up life demands that you control your feelings too; that you pull yourself into the semblance of a shape to function outside of the house and in your job. Teaching is both a blessing and a curse in this respect. There’s nothing like a roomful of teens to refocus your mind and distract you from your misery. It also throws curveballs when you least expect them and situations you have always previously been able to cope with can demolish your confidence and resilience. It’s hard to make decisions when your brain’s not functioning properly and when even being up and dressed is a feat in itself. But people’s sympathy only stretches so far.

Somehow, grief has to surface and has to be dealt with if you are ever to heal. My comfort and what healed me at that time was to carefully set aside time to be alone (often in a ball under my duvet or in a hot bath), put For the Heart on very loud and just to cry myself through the whole album. I can’t emphasise enough how much this helped. It was a release of pressure and sadness, and I think I’d have gone mad without it. My best friend’s (the one who’s now in Oz) marriage ended some months after mine. She had a toddler at the time and couldn’t afford for him to see her crying the whole time, which is what she felt like doing. So I suggested George to her too, and it worked. We called it Having a Blart. Sometimes it was quite calculated. We’d end phone conversations with

‘…So I’m going to put him to bed, sit on the back step with a ciggy, get George on and Have a Blart.’
‘I’m just off to bed, but I’ll have a bath and a Blart with George first.’

As time wore on, and the need to Blart lessened, it would be treated a little bit of a luxury, so in recognition of this, the process became Having a Wallow and a Blart. I would look forward to the time to Wallow and Blart, as it would signal time to be entirely selfish and to focus on my feelings and no one else’s. It saved me. And I used it again 5 years ago when my dad died. Again, it comforted and allowed me to purge the hurt, in hot showers or on long drives, when I could play the music loud and Blart. There’s also something about an album to Blart to that helps. You know it’s finite: you are allowed to Blart for *this* amount of time and then you pick yourself up, allow your eyes to de-swell, and you do the next bit of real life needed before you’re allowed another session.

George Michael won’t be everyone’s idea of a good Blart. But I highly recommend you have whatever it takes to allow your waterworks to burst on and, when you need to, you take yourself off to let go.

I texted my friend in Australia again late on Christmas night, in a horrible book-end to the text about Bowie last January. “Oh no, not George!” she replied. “He was always there for us, wasn’t he?” It really feels like he was.

I have to be careful that I don’t have a Pavlovian dog’s reaction to any song by George now when I hear his music played, which has been the case for much of the past few days. But right now, I don’t much care.

There’s no doubt I’m re-living some sadness of my own when I reflect on what George Michael has meant to me over the years, but I’m also very sad for the loss of who we know to have been a champion for the LGBT movement; a generous supporter of many charities; a funny, kind and gentle soul, and a beautiful talent. 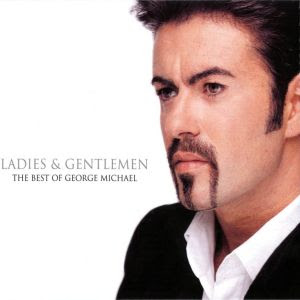 Posted by Rachael Stevens at 07:13

Rachael Stevens
I am an English teacher, AHT and SLE. I'm interested in sharing good practice, coaching & mentoring and all aspects of teaching and learning. And I like watching telly too.